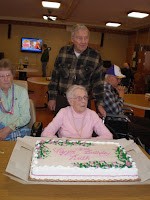 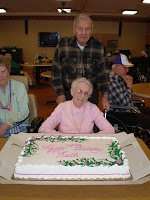 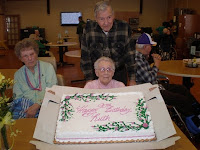 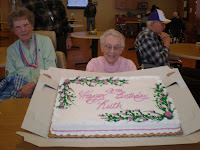 Wednesday, January 20 – The Eve of the Feast of St. Agnes
6:00 PM – Holy Eucharist
Incense
Dinner will follow at a local restaurant

Prayers for the soul of Mary Borkhuis 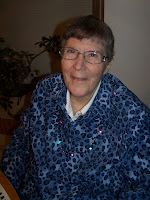 Please pray for her family at this time, as well.

Burial of ashes will be in Miller, South Dakota during Memorial Day weekend, 2010.

Rest eternal grant to her, O Lord;
And let light perpetual shine upon her.

May her soul and the souls of all the departed,
through the mercy of God, rest in peace. Amen.

Mary Borkhus died January 16, 2010 at home of her sister in Edgerton Wisconsin. Mary was diagnosed with Stage IV Melanoma in October 2009 and was in the loving care of her sister, Sue Wilson at the time of her death. Born December 23, 1939 in Lake City Iowa to Lewis and Nova Borkhuis. Mary's early childhood was on the family farm near Vayland, SD. She attended rural school and frequently rode her horse " Happy " to and from school. She is a member of the 1957 senior class of Miller SD. She graduated Huron College with a degree in Religion and Philosophy. She obtained her Masters and a Doctoral degrees from the University of South Dakota. Mary was a college professor and taught Psychology at Maryville College in Maryville Tennessee, St Thomas College in Saint Paul Minnesota and Jamestown College in Jamestown ND. Later in her career Mary lived in Fargo, ND . She went back to school to get a Masters degrees in Marriage and Family at NDSU and worked as a psychologist for Lakeland Mental Health and Griffin Family Systems that served foster families with teenage girls. After her retirement in 2005 Mary enjoyed the fours seasons. Winter was spent at her brother's home in Palm Springs California. Spring and summer was spend enjoying the lush prairies of the Dakotas. Fall was spent visiting friends and family. Thanksgiving was always spent at her brother's home in Atlanta, Georgia. Mary loved trips to relatives where she would often arrive at someone's home with no notice but was always welcomed in. Special trips were to India, a summer spent on a schooner in the Caribbean and western desert. Mary's travels took her in search of antiques, collectibles, fossils , and artifacts for which she had a sharp eye to see what others could not. Mary's had many hobbies but most enjoyed photography. She captured countless photos of flowers, birds, mountains and oceans. Her photos chronicled her family with images that captured a lifetime of memories. A very special part of her life was serving the Episcopal church. She was active in both local and state boards and spent many happy hours with her friends at the church;.

Mary is preceded in death by her parents, Lewis and Nova Borkhuis and her twin brother Jerry who died at birth. . Remaining to cherish the memory of her life is her sister Sue(Eric) from Edgerton Wisconsin and brothers Dale(Elizabeth) of Atlanta Georgia and John of Los Angeles, Ca. She has four special nephews, Christopher and Michael Wilson and Garrett and Robert Borkhuis.

A Requiem Eucharist will be held in Fargo North Dakota at the Gethsemane Episcopal Cathedral at 1100 AM on Friday the 22nd of January. Burial of ashes will be in Miller, South Dakota during Memorial Day weekend, 2010.

Memorials may be sent to the Episcopal Diocese of North Dakota
Posted by Jamie Parsley+ at 10:03 AM No comments:

Dinner afterward at a local restaurant
Posted by Jamie Parsley+ at 10:38 PM No comments: 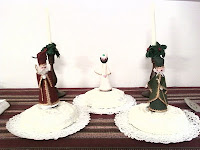 Epiphany cakes made by Alice Hauan served following the Epiphany day Mass on January 6.
(Which one contains the almond?)
Photo by Chris Whitsel
Posted by Jamie Parsley+ at 5:07 PM No comments:

The Jan. 7 edition of the Fargo Forum has an interview about This Grass, the book by Fr. Jamie and Gin Templeton. Here it is:

Known to his parishioners at St. Stephen’s Episcopal Church as their reverend, Jamie Parsley just published his ninth collection of poetry, “This Grass,” which also features art by Gin Templeton.

Jamie Parsley is used to working with someone else’s words. As a pastor at St. Stephen’s Episcopal Church in Fargo, he goes to the Bible for inspiration, guidance and interpretation.
As a poet, however, Parsley was used to working alone. That is, until 2006. That’s when he collaborated with Fargo pastel artist Gin Templeton, pairing his verse with her paintings.
That collaboration, showcased at the Spirit Room Gallery, received such supportive comments from friends that Parsley says the two decided to publish a collection of their endeavor. The book, “This Grass,” came out late last year.

Parsley is already preparing for his collection of poems, “Fargo 1957,” a look at the impact of the ’57 tornado, to hit shelves later this year, but talked about his current project, available at Zandbroz Variety and Melberg Christian Book & Gift.

What about Gin’s art works well with your poems?

In the introduction to the book and in the piece “Dropping the Stick,” you talk about wanting to be a painter. When you write, do you try to project imagery or is it more abstract?

I don’t know if it’s ever cut and dry. It depends on the particular topic that I’m writing on. I do notice, and this is probably where the painter comes to mind, I probably see color more than a specific object, and that’s a connection I always make to paintings. And I think there’s a lot of color words in my poems. … We could go on and on about the artist’s eye and what you see you try to convey in some way, whether it be painting or poetry. I think there’s a commonality there. That’s what I found so appealing about this project. There is a commonality. It is art.

Have the two of you ever discussed switching mediums for a project where you would paint and she would write?

We have not ever talked about that. That would be interesting. She would do much better with the poetry than I would do with the painting.

The poem “This Grass” toward the end of the book is not necessarily a happy piece. It’s about time passing and things fading, human remains “outdated as a comma.” Why not name the book after a more celebratory poem like “This Place” or “A Steady Sigh”?

I sort of like that, and I think she does, too. You look at the paintings and it seems light and colorful, but you look at it longer and there’s depth and volume and shadow. The poem leads you into this place you didn’t know you were going to be led. I like when we do that. That’s a good thing. 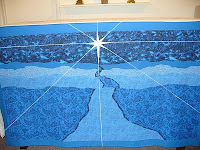 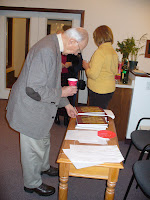 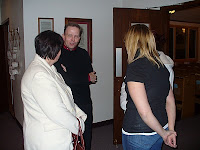 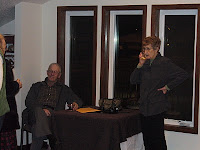 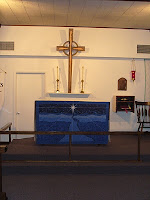 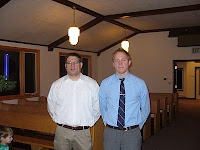 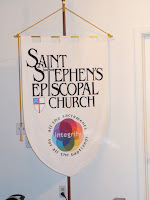 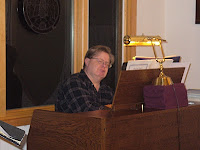 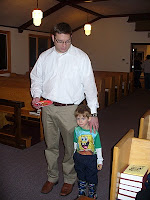 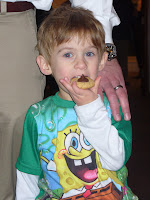 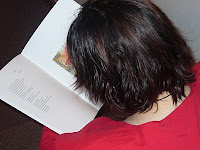 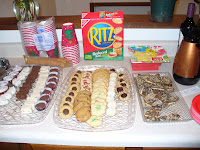 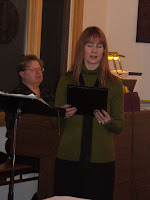 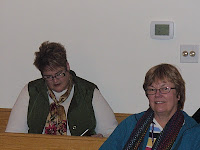 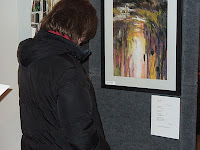 THE FEAST OF THE EPIPHANY


Followed by “Epiphany Cake”
(in the Undercroft)
Incense will be used at this service
Posted by Jamie Parsley+ at 11:28 AM No comments: 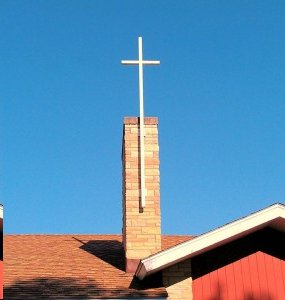 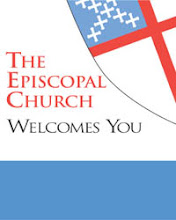